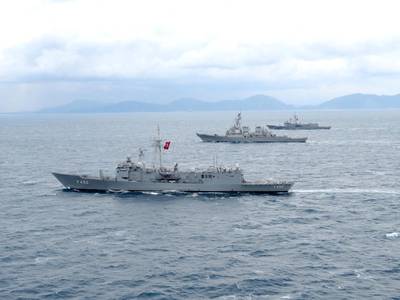 Seven other crew members were rescued  by Turkish Coast Guard teams after a Panama-flagged vessel sank in the Black Sea off Turkey's northern Samsun province.

According to a statement released by the Interior Ministry, coastguard teams were dispatched off 77 miles Samsun after receiving a distress call from the Volgo Balt 214.

Thirteen crew members, including eleven Ukrainians, two Azerbaijan nationals were on board the Volgo Balt 214 vessel, according to reports.

Ukraine's Ambassador to Turkey, Andreii Szbiha, wrote in a Tweet: "weather conditions drowned a commercial ship. Of 13 crew members, 11 were citizens of Ukraine. Appropriate measures were promptly taken by the security guard. Unfortunately, we failed to save 4 of our compatriots".

Two boats, three helicopters, and an aircraft were deployed for the search and rescue operation.