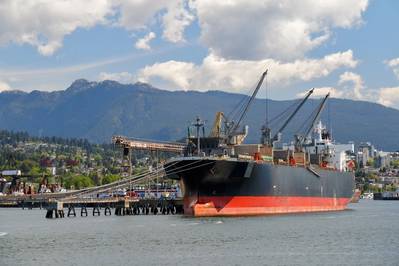 The Baltic Exchange's main sea freight index extended losses to a sixth straight session on Tuesday to touch a fresh 2-1/2-year low, dragged down by a dip in capesize and panamax rates.

The overall index, which factors in rates for capesize, panamax and supramax shipping vessels, fell 19 points, or about 2.6%, to 721, its lowest since early-June 2020.

Average daily earnings for capesizes, which typically transport 150,000-tonne cargoes such as iron ore and coal, were down $410 at $5,684.

Among smaller vessels, the supramax index snapped its more than a month long losing streak, gaining four points to 649.