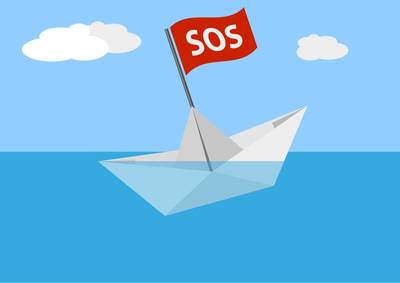 As the geopolitical landscape continues to quickly transform with the Russia/Ukraine war, Europe's over-dependence on Russian energy has become painfully apparent. VSM – the German Shipbuilding and Ocean Industries Association that represents the political and commercial interests of the German maritime over a diversity of maritime market segments – issued the following statement and overview of the global shipbuilding market, highlighting how highly subsidized shipbuilding markets in China and South Korea threaten the very existence of European shipbuilding.

The German and European maritime industry is facing major challenges. Geostrategic developments and the transformation initiated by governmental climate policy are creating a gigantic need to invest in ships and maritime assets. Nevertheless, the industry finds itself confronted with low demand and uncertain future prospects.

The pandemic-induced crisis of the cruise industry has made the dramatic development of the German and European shipbuilding industry abundantly clear. Focusing on high-end markets such as cruise ships, yachts, naval vessels and other government vessels have been a successful approach to escape the distortions that have plagued the shipbuilding market for decades. European shipyards were left defenseless against the price dumping practices in conventional market segments, which have forced numerous production sites to close down. The cruise ship segment, the dominating market for Europe’s shipbuilders with orders amounted to approx. 80 billion euros between 2016 to 2019 nearly completely dried up. While ship production stabilized in 2021 after an extremely weak previous year, the low order volume spells significant risks of underutilization of shipyards ahead.

The ongoing loss of substantial shipbuilding capacity is particularly worrisome in view of strongly growing requirements in Europe. In order to safeguard against the loss of strategic capabilities, existing framework conditions for the sector need to be corrected.
The maritime industry is a "freedom industry"

There is broad consensus in our society that the use of Russian fossil fuels should be terminated as soon as possible. We express our respect and appreciation for the unequivocal commitment and decisive actions we have seen, especially from the Federal Ministry of Economics under Minister Habeck. The maritime industry plays a key role in the search for alternative solutions. The maritime sector connects the German economy with the world, enabling us to diversify our sourcing of energies, essential raw materials, and semi-finished products, and to reduce unhealthy dependencies. The maritime industry is a "freedom industry"!

This is why the dramatic development seen across Europe's maritime industry should sound alarm: While the global demand for new ships has doubled, orders placed in Europe have declined by another 20 percent, even compared to the extremely poor previous year.

In 2021, 85 percent of global orders went to China and Korea. Both nations’ governments have been subsidizing their maritime industries massively for years. Even Japan, while maintaining a relatively high domestic demand, barely contributes 10 percent to the global order intake today. Europe's market share has dropped to less than 4 percent. At the same time, many maritime equipment suppliers report growing problems, especially in their business activities in China, a situation seen in other industries, as well. Problems include local-content requirements, discrimination, and interference by party officials.

A Dramatic Loss of Shipbuilding Capabilities

German shipyards can only accept orders based on fully cost covering prices. They can neither offer government-subsidies nor hope for the government to make up for their financial losses. Despite the record demand seen in some market segments, Chinese shipyards are offering shipbuilding prices today which are up to 30 percent lower than 15 years ago – although average wages in China have risen by nearly 400 percent within the same period. Korean shipyards which have kept up with this price competition recorded losses of $3.3 billion in 2021.

Without a fundamental change in shipbuilding policies, Europe will lose the capability to build seagoing merchant ships on any significant scale over the coming 10 years.

Already today Europe's shipping sector – and the German one disproportionately so – is highly dependent on supplies from China. German Shipowners have placed newbuilding orders worth 4 billion euros. 55 percent of them went to China and 44 percent to Korea, the G20 economy with the highest dependency on Chinese pre-manufactured products. While the shipping sector benefits significantly form state support measures, barely 1per cent of newbuilding investments remain within the EU.

China produces 96 percent of all containers and 80 percent of all ship-to-shore cranes. China's enormous influence on the global freight transport has become evident in the context of the current disruptions due to Covid-induced port lockdowns. At the same time, China continues to expand its influence via favorable financing for newbuilding orders.

The German federal government has become aware of its painful dependence on Russian energy sources and is now taking decisive action to address this issue. VSM is calling on the federal government to learn from its past mistakes and counteract with the same determination the growing maritime dependence.