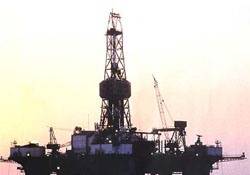 The ICC reported that shipowners are facing new dangers from criminal gangs making spurious oil fraud claims. The “victims”/fraudsters try to extort money from owners by bringing action against them for failing to deliver cargoes of oil they allegedly own.

Such scams were previously confined to West Africa, ICC said, but now appear to have spread to other countries, as a case reported recently to the ICC International Maritime Bureau (IMB) shows.

It involves a vessel that trades regularly into the Arabian Gulf. A claim has been lodged against the shipowner to recover over $50 million, the full value of a consignment of oil. The claimant alleges that the cargo of oil it owns was loaded onto the vessel in Russia but was never delivered to the designated discharge port in the Arabian Gulf. Moreover they apparently have documents to prove this, and a local court in the region has now been persuaded to issue a warrant of arrest against the vessel named in the claim.

The case has put the shipowner in a dilemma. He is reluctant to risk taking the vessel into the jurisdiction where the warrant was issued for fear it will be arrested and he will become embroiled in litigation to get it released. At the same time, he is obliged to enter the region under the terms of the vessel’s current charter party. Defaulting on it would mean he incurs financial penalties.

Another snag in the case is that the documents presented to the court to obtain the arrest warrant appear authentic and confirm that the vessel did load the oil at the Russian port although it had not called at that load port.

IMB, which is assisting the ship owner and seen the documents, are warning other owners to be on their guard. It notes what stands out in this new variation to the West African fraud is the fact that documents produced in this case seem extremely credible, enough to convince courts of the claim.

The new case takes the problem to a new level and presents shipowners with a much bigger danger to their operations because it could seemingly be replicated anywhere around the world and particularly in states whose legal systems are less robust. It also allows the perpetrators to wait for the alleged offending vessel to arrive at the designated country before lodging a claim locally. This could mean that the vessel is trapped before it can act.

“This may be the first of many other similar claims to be lodged against shipowners around the world if organised crime is involved and it is important that information on similar scams are collated,” IMB said.

“If we can build a picture of what is happening it may be possible to identify the perpetrator or at least inform shipowners what to watch out for,” IMB added.

IMB is asking shipowners who have experience or are have suspicions of this new type of crime to contact them so that a suitable response can be coordinated. IMB offers a range of services to assist shipowners in determining the authenticity of trade documents, one of which includes detailed analysis by specialist document checkers.