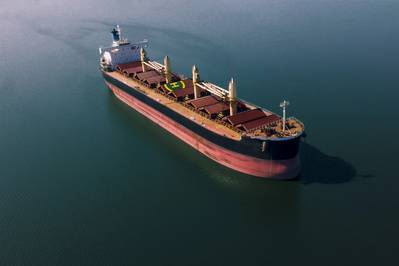 Newly launched SSY Futures Ltd announced it has completed its first Handysize 38,000-dwt FFA trades on both the Singapore Exchange (SGX) and European Energy Exchange (EEX) for the April and May contracts.

Mark Douglas who is leading the new contract from SSY Futures FFA team, said, “It was extremely encouraging to see the opening days interest culminating in the April trade at 19000 and the May trades at 20500. The ever-growing liquidity down the curve is extremely promising and we look forward to helping the Handy 7TC become an established product that can be utilized by all."

The handysize futures market was previously based on the Baltic Exchange's old 28,000-dwt benchmark and the Baltic Exchange launched its benchmarks for 38,000-dwt handysizes in March 2018, however there were no paper trades last year because the derivatives were neither brokered nor being cleared.

Earlier this year, both EEX and SGX confirmed they would be launching the new offering from April amid growing demand.

Mark Richardson, Chairman of Simpson Spence Young, said, “The SSY Futures team has worked hard to promote the new FFA HS38 contract, as we strongly believe in the benefit of a risk mitigation tool specifically designed for this popular vessel size. We are delighted to announce that we have brokered trades in the new contract on its launch date and are hopeful that this early success will be part of a sustained growth in FFA trading in the Handysize sector and add to the competitiveness of trade in this most important vessel.”