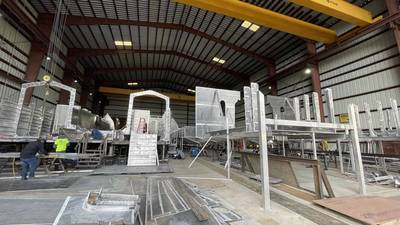 Americraft Marine Group announced it is investing in its Palatka, Fla. based shipyard, St Johns Ship Building, to increase capacity for construction of crew transfer vessels (CTVs) and other vessels to serve the growing U.S. offshore wind industry.

In addition to previous commitments from Americraft to its subsidiary shipyard, St Johns Ship Building has also received the final approval of a MARAD grant modification.

The investment along with the matching grant will provide for additional equipment and fabrication infrastructure specifically aimed at assisting in the expansion of the yard for the concurrent construction of multiple CTVs, according to Americraft, a maritime subsidiary of the U.S. headquartered privately-owned Libra Group.