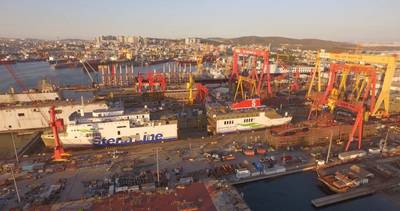 Stena Line said the vessels switch will increase freight capacity by almost a third, and improve the onboard experience for travelers on the Baltic Sea route.

Stena Line, which operates 18 ferry routes in Europe, including three across the Baltic Sea, acquired the ferry route between Nynäshamn in Sweden and Ventspils in Latvia in 2012. Since then, it has more than doubled its operations from one vessel and 10 departures per week, to the current fixed timetable, which has two vessels and 24 departures per week.

“We have seen an increase in demand from our customers across the wider Baltic Sea region. We are now strengthening our position and customer offer further with new modern vessels and more capacity,” said Niclas Mårtensson, CEO Stena Line. 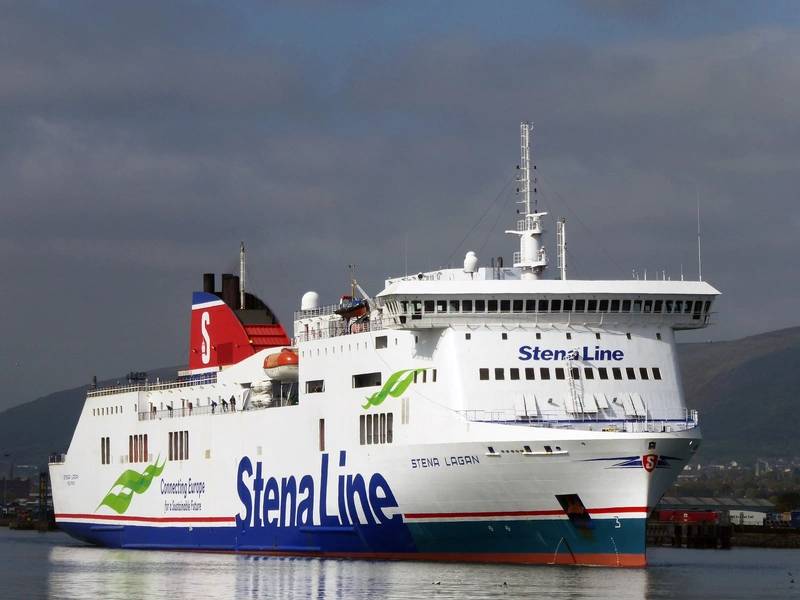 Stena Lagan is one of two Visentini vessels to be lengthened that will operate on Nynäshamn-Venstpils from 2021 (Photo: Stena Line)

The two modern RoPax-vessels Stena Lagan and Stena Mersey were built at the Italian shipyard Visentini in 2005 and have been operating on Stena Line’s Irish Sea route between Belfast and Liverpool for the last 10 years. To create a more standardized and modern flexible fleet the two vessels will be upgraded, modified and lengthened before returning to Stena Line to operate on the Nynäshamn-Ventspils route from 2021. The conversion is being conducted by Stena RoRo and Sedef Shipyard in Turkey.

The two vessels will be lengthened with a 36-meter mid-section and after the conversion they will be 222 m long and have a capacity of 200 cabins, 970 passengers and 2,875 freight lane meters plus the additional car deck; adding another 30% freight capacity on the route. To increase the loading efficiency they will also be modified with drive through capabilities on two levels. The vessels will also be fitted with hybrid scrubbers.

The refreshed interior will include new cabin categories, a new shop, lounge areas with reclining chairs as well as a sundeck. A separate dining offer for the freight drivers will also be added to the route with the new vessels. 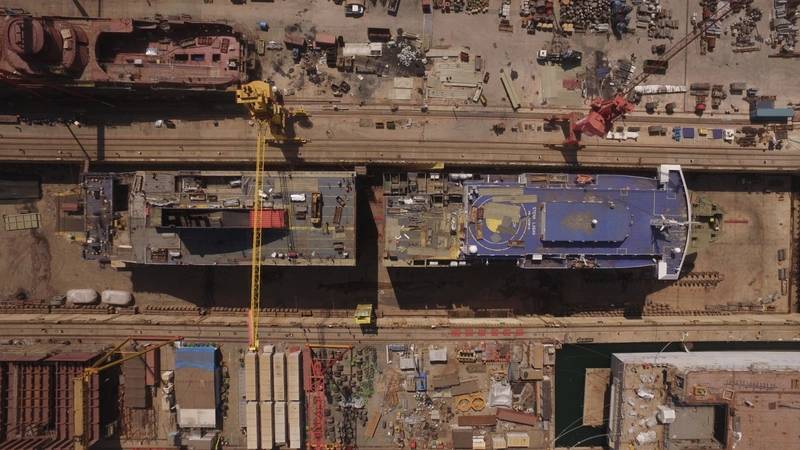 To create a more standardized and modern flexible fleet the two vessels will be upgraded, modified and lengthened before returning to Stena Line to operate on the Nynäshamn-Ventspils route from 2021. (Photo: Gemi Kaydrma / Sedef Shipyard)

The first of the two vessels, Stena Lagan is currently at the Sedef Shipyard in Tuzla, Turkey, where it is planned to start operating on the Nynäshamn-Ventspils route in the beginning of 2021. Stena Mersey is still operating on the Belfast-Liverpool route and will be replaced by the third E-Flexer Stena Embla in January 2021 before leaving for her lengthening at the Sedef Shipyard. She is expected to return to service on her new route later during the year.

“We continue to build on our successful RoPax concept, combining freight and passengers. These two new vessels will be a fantastic addition to the fleet and for our customers. I am looking forward to welcoming them onboard,” said Johan Edelman, Trade Director Baltic Sea North at Stena Line since October 1. 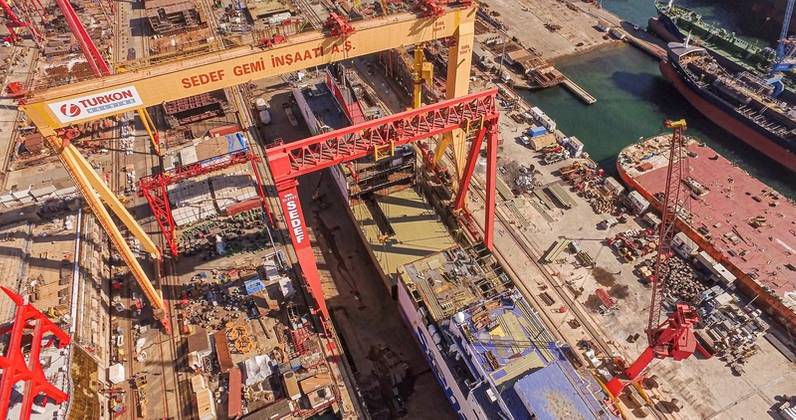 The two vessels will be lengthened with a 36 meters mid-section and after the conversion they will be 222 m long and have a capacity of 200 cabins, 970 passengers and 2,875 freight lane meters plus the additional car deck; adding another 30 per cent freight capacity on the route. (Photo: Sedef Shipyard)

Shell has awarded a contract to a Singapore-based firm Penguin International Limited, to design, build and operate at least…