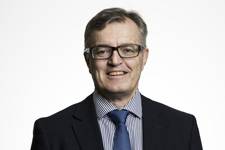 Aker Solutions will perform the services for the Mariner field under a five-year contract, anticipated to start this August. Stork will begin its services in January 2015, also under a five-year term. Both contracts include two two-year extension options.

The Mariner platform is currently under construction, with scheduled production to start in 2017. The contracts will support a significant number of the 700 onshore and offshore positions planned for the field.

Gunnar Breivik, Statoil managing director said, “Statoil UK has performed an extensive market screening during the strategy phase of this tender process and the response from the market has been very positive. We hope to build long-term, high performance relationships with our suppliers. Establishing common goals with key suppliers on safety, quality and efficiency is paramount to success for the Mariner field,”

“Mariner is the largest new offshore development in the UK in more than a decade. A major part of the local value creation from this project will be found in the operations phase and we are pleased with the competitive and cost-effective solutions achieved in the UK supply chain. This contract will support a significant number of jobs directly with wider effects for the north east of Scotland and the UK.”

Stork will deliver a combination of services including: scaffolding, installation, painting, welding and logistics support during the hook-up and commissioning phase, as well as providing planned support starting January 2015.

The Mariner project entails investments of more than GBP 4.5 billion. The field is expected to produce for at least 30 years. The average production is estimated at around 55,000 barrels of oil per day over the plateau period. The development plan includes a production, drilling and quarters (PDQ) platform based on a steel jacket, with a floating storage unit (FSU).