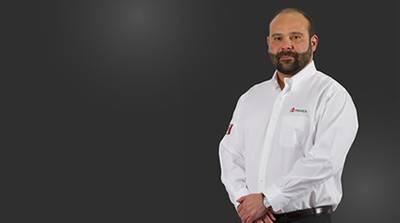 State-run oil company Pemex said on Tuesday it had set up lines of credit with Mexico's development banks to improve liquidity and start paying back billions of dollars in debt to suppliers, as the firm seeks to repair finances hit by a rout in crude prices.
Pemex has deferred payments to dozens of suppliers and contractors since last year, racking up some 147 billion Mexican pesos ($8.2 billion) in debt by the end of 2015. So far, it has paid back 20 billion pesos.
Juan Pablo Newman, Pemex's finance director, said in a statement the credit lines from three development banks total 15 billion pesos ($836 million).
In a later interview with local radio, Newman said the credit lines were not just meant to pay suppliers, but also to give Pemex additional liquidity and address "certain investment commitments."
However, he emphasized that paying Pemex's suppliers, many of which are small and medium-sized businesses that depend on its business, was of "utmost priority."
Earlier, Pemex said the lines of credit will help the company repay debts to more than 1,300 suppliers, which represent 85 percent of those owed. Newman said this debt totals 15 billion pesos.
Pemex's remaining debts to suppliers are divided among about 200 companies, he said.
Last month, Pemex said it would put billions of dollars worth of projects on hold because of slumping oil prices, which is likely to curb production by about 100,000 barrels a day. In January, the firm produced 2.26 million bpd.
($1 = 17.9352 Mexican pesos)