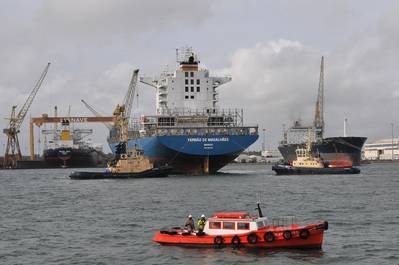 Svitzer intends to sell its Portuguese marine operations to Pioneiro do Rio, Serviços Maritimos, Lda., a company which has Rui Cruz, the current managing director of Svitzer Portugal, among its owners.

The operation in Portugal has faced declining volumes and the synergy between the Portuguese ports and Svitzer’s remaining European and global portfolio has proven limited. Svitzer’s operation in Portugal covers three ports: Lisbon, Setubal, and Sines and holds a fleet of 15 tugs. Following a strategic review of its portfolio, including considerations of the mixed financial performance in Portugal since the initial entry in 2005, Svitzer has decided to divest its marine operations in Portugal in line with the organization’s wider corporate growth strategy.

The parties have agreed to keep the price of the business confidential. Pioneiro do Rio, Serviços Maritimos, Lda. will fully acquire Svitzer’s two Portuguese companies in a deal that includes crew and shore staff, as well as Svitzer Portugal’s tug fleet.