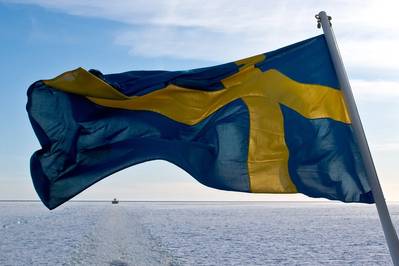 Sweden has protested to Russia after two warships entered its territorial waters without permission, a defense department spokesman said on Wednesday, as Sweden agreed with two neighboring countries to deepen military cooperation.

The spokesman said Sweden had called in Russian diplomatic representatives to protest the breach on September 14 by “two Russian corvettes which entered territorial waters near Gothenburg”.

The Swedish military has also reported that a Danish military vessel entered Sweden’s territorial waters without permission on September 16.

Tensions have risen in the Baltic Sea region in recent years, with increased Russian military activity forcing Sweden into a hasty program of rearmament, including the purchase of Patriot missiles from the United States.

On Wednesday, Sweden, Finland and Norway signed an agreement to deepen military cooperation.

“This is naturally linked to the security situation, which has changed over time,” Swedish Defense Minister Peter Hultqvist told Swedish broadcaster TV4.

Earlier on Wednesday, a Russian navy vessel collided with a Swiss-owned containership near the Oresund Bridge that links Denmark and Sweden. Authorities in Denmark said the Russian vessel had permission to be in Danish waters and had notified them of its presence.

Alabama-based boatbuilder Silver Ships said it has been awarded a contract award worth $6.12 million from the Naval Sea Systems…