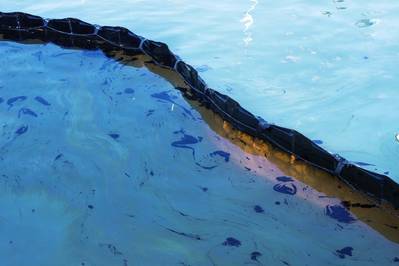 Taiwan's state-owned refiner CPC Corp has started cleaning up an offshore oil spill caused by a pipeline that cracked during the discharging of oil from a vessel at its Talin refinery, the company's spokesman said on Wednesday.

The oil leak occurred on Tuesday at 2:18 a.m. (1818 GMT) and was likely caused by bad weather, the company said in a statement. CPC immediately halted oil discharge following the incident, it added.

The incident will not affect the refinery's operations and fuel supply as inventories were high while domestic consumption fell 20% to 30% over the recent months from usual levels, CPC spokesman Chang Ray-chung told Reuters by phone.

"Due to the coronavirus, people stay indoors," Chang said, adding that sales at CPC's fuel stations are lower compared with the same period last year.

"We will stick to our existing production plans and there will be no issue with the supply," he said.

The Talin refinery can process 400,000 barrels per day of crude oil.

While waiting for weather to improve before carrying out repairs at the crude pipeline, CPC will rely on other discharge points for crude which are still functioning, Chang said.

The oil spill clean-up is expected to finish by Wednesday night, he said.