Tanker Crewman Missing After Falling Overboard Off US East Coast 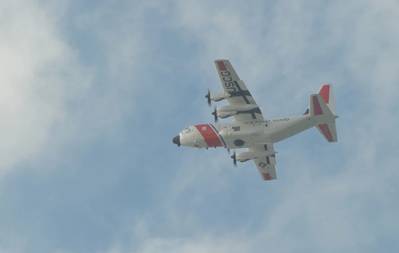 A search is underway to locate a crewmember who reportedly fell overboard from a Malta-flagged liquefied petroleum gas (LPG) carrier 400 miles off Cape Hatteras, N.C.

The U.S. Coast Guard said watchstanders received a report that a man overboard had been reported aboard the 225-meter-long Hellas Gladiator.

An Air Station Elizabeth City HC-130 Hercules aircraft was launched to search for the missing crewmember, along with two good Samaritan vessels which were notified via Automated Mutual Assistance Vessel Rescue (AMVER) messages.

The 84,000-cubic-meter-capacity Hellas Gladiator is sailing from Freeport, Texas to Terneuzen, the Netherlands, according to ship tracking data.