Tech File: K-Sim Navigation, Cargo and Engine 'in the Cloud' 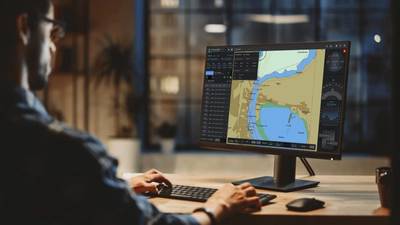 Kongsberg Digital (KDI) said that its  K-Sim Engine, K-Sim Cargo and K-Sim Navigation simulator training solutions will be the first to attain certification according to the new DNV class D standard.

The introduction of class D by the DNV represents the latest revision of DNV’s ST-0033 Maritime Simulator Systems standard, which has been brought in to certify compliant cloud-based solutions which possess all the functionality for remote learning programs. Developed as a cross-industry initiative with input from simulator suppliers and end-users, the Class D standard officially verifies that seafarers’ existing certificates can be renewed in line with existing STCW requirements, as well as confirming that new trainees can be educated to the correct level.

KDI’s ability to supply maritime training institutions with access to a broad range of cloud-based simulator models and pre-existing exercises has been effective, particularly during COVID.