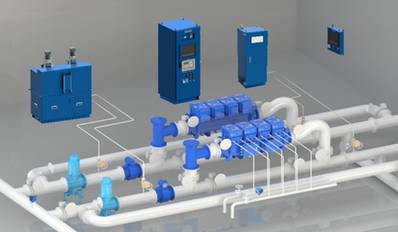 According to, LR Classification that Techcross is the first company to receive the Cyber Security Capability certification in the BWMS industry and Asia.

With the recent development of smart ships, ship management has transitioned to being computer-driven, such as through IT and IoT.

Voyage log software and digital data operated through the communications network present huge opportunities for improving efficiency and convenience to users, Techcross says, however, they also pose daunting security and safety challenges for a wide range of stakeholders, such as hacking.

For this reason, Techcross says, clients have continuously called to build up the capability to respond to cyber attacks and cyber security capability.

Techcross said it had responded to such a call by receiving the Cyber Security Capability certificate.

LR Classification’s Cyber Security Capability refers to the system, process, and standard established to guarantee the highest levels of safety, quality, and confidence in the design of a ship and its operation. It has four levels, with Level 1 indicating compliance with stipulated security regulations and Level 4 indicating control of high risks and stable security maintenance. Techcross received Level 1.

"Techcross plans to reinforce its security capability to make its system safe and competent and acquire cyber security certificates from other classification societies in the future," the Techcross said.