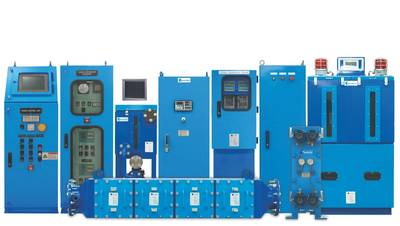 South Korea-based ballast water management system manufacturer Techcross said its discontinued ECS-A system has been approved in addition to Techcross ECS in the updated approval status of U.S. Coast Guard (USCG) Marine Safety Center (MSC). This means that Techcross, which sells electrolysis-based ECS and ECS-HYCHLOR, has also obtained a new USCG type approval for ECS-A, which is the initial model of ECS.

ECS-A received International Maritime Organization (IMO) basic approval the first in the world in 2006. Since then, as ECS-B has been developed with simplified design and expanded processing capacity range, Techcross stopped producing the ECS-A in 2012. However, since there are customers who have purchased ECS-A due to their interest in protecting the marine environment from early on, both ECS and ECS-A obtained USCG AMS in 2013, which allowed the free entry into the United States until 2018.

However, performing certification test of a discontinued product not only requires the need to produce a new test equipment, but also conduct a comparative verification test to investigate whether it is the same as the product at the time, which requires cost and time commitments. Despite the BWMS contract did not guarantee for acquiring USCG type approval, Techcross said it has obtained USCG approval for the convenience of existing customers.

Meanwhile, Techcross noted it has been steady in taking orders thanks to contracts of existing fleets and additional orders from existing customers even though it struggled with the business due to the outbreak of COVID-19 this year.