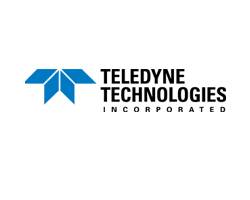 Teledyne Brown will manufacture each of the modules and assemble and test them at the company’s Huntsville manufacturing facility. Each module will be equipped with a 30MM gun weapon system and two modules will be mounted on each LCS. Teledyne Brown will integrate a gun turret furnished by the U.S. Navy on each of the gun weapon systems and complete system validation and checkout. The company will then perform Factory Acceptance Testing.

"We are very pleased to be a part of the Northrop Grumman team on this critical Navy program to equip the littoral fleet, said Robert Mehrabian, chairman, president, and chief executive officer of Teledyne Technologies. "This new business reflects our increasing strengths and market presence in both marine systems and precision manufacturing."

The Gun Mission Module is a modular weapon system that can easily be changed out to facilitate incorporation of future technologies. It replaces a traditional fixed weapon system that was typically permanently installed on ships. The GMM is an integral part of the LCS which will be used for counter-piracy, maritime interdiction and security missions.

This contract is a sole source procurement to Teledyne Brown resulting from the company’s successful performance in the manufacturing and recent delivery of a GMM to Northrop Grumman.

Diana Shipping announced that through a separate wholly-owned subsidiary, it has entered into a time charter contract with…