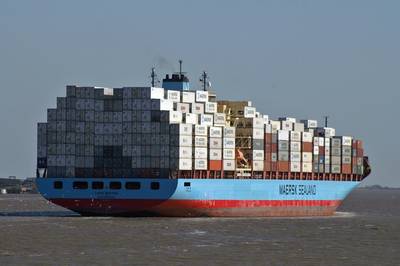 The modification of two Maersk shipping routes to pass through the Suez Canal rather than Panama is temporary, says a Maersk spokesman.

The diversion from the Panama Canal to an alternate route has contributed to a decline in revenue for the canal administration, The Maersk Line, has used the waterway for over 90 years to transport goods to different continents, reports 'Newsroom Panama'.

Since April 1, 2013 the line has temporarily suspended its Panama Canal service between Asia and the U.S. East Coast, using instead the Suez Canal, and this will continueuntil the third set of locks becomes operational.

The Maersk ships will return when the canal expansion work is completed, which is expected early 2015,  Ariel Frias, Maersk marketing and communications manager informed 'Newsroom Panama'.