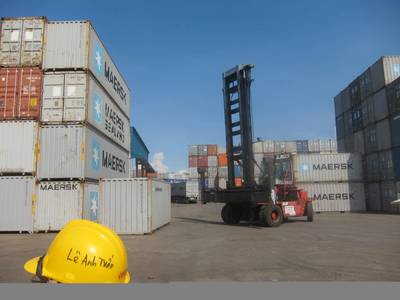 APM Saigon Shipping (APMSS) is an inland container services company with about 300 employees, which annually handles and maintains approximately 350,000 containers in Vietnam.

APMSS is a 51/49 Joint Venture with "Saigon Shipping J/S Company”, where ERRIA has had a 34 percent ownershipfor more than 10 years.

ERRIA's ambition is to expand the strong position that APMSS has built up over more than 20 years and continue to serve existing customers of international container transport of which Maersk Lineis the largest.

As of today, the company is renamed "ERRIA Container Services" (ECS), and the existing General Manager, Le Ahn Tuan, remains unchanged. The new Chairman of (ECS) will be CEO Henrik N. Andersen, of ERRIA A/S.

”This transaction provides ERRIA with significant and immediate growth and ensures that ERRIA execute on its strategic ambition to grow as announced at the Annual General Meeting in April. We are excited about this long-term investment in Vietnam. Through "ERRIA Container Services" (ECS), we have found a company with the same values and an excellent management team" said CEO Henrik N. Andersen, ERRIA A/S.