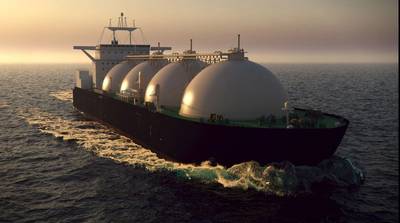 The state-owned PTT's Map Ta Phut LNG receiving terminal in the eastern part of Thailand will receive the 65,000-tonne LNG cargo from Malaysia's state oil and gas company Petronas, the Thai state utility said in a statement late on Friday.

The April shipment is the second, after the spot-market LNG cargo in December. The two shipments will serve as a test run to judge the viability of potential spot-market LNG purchases in the future, the country's energy minister has said.

Thailand, which is reviewing its power development plan, is still to determine whether it will import more LNG and in what manner.

The EGAT board had previously approved a plan to import additional spot LNG cargos in order to build more energy security and liberalize the country's natural gas market, said Ranee Kositvanich, an assistant governor at the state utility.

"We expect to make policy proposals in the next steps for approval," she said, without elaborating.

Previously, PTT Pcl and its subsidiary had been Thailand's sole gas supplier and LNG importer.

EGAT's previous plan to sign a long-term contract with Petronas to import up to 1.5 million tonnes of LNG annually was scrapped in December.