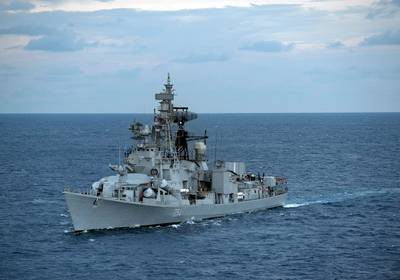 Three Indian Navy personnel were killed in an explosion on a ship at a naval dockyard in Mumbai on Tuesday, the navy said.

It gave no reason for the blast but said a board of inquiry would investigate.

"The ship's crew responded immediately and quickly brought the situation under control. No major material damage has been reported," the navy said in a statement.

The explosion happened in an internal compartment on board a naval vessel, Ranvir, which had been on operational deployment from the Eastern Naval Command since November and was due to return to base port shortly, the statement said.

The U.S. Coast Guard on May 20 announced it modified its current contract with Eastern Shipbuilding Group (ESG) so installation…