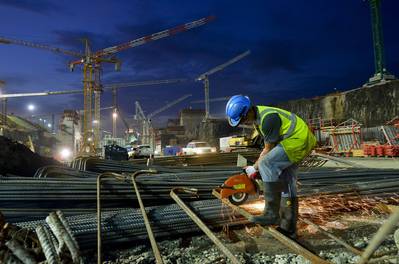 The Panama Canal Authority has reported that the expansion of the waterway is 74.2% complete. The news released yesterday, April 24, came on the second day of a construction workers' union strike, GAC said in its daily Hot Port News report.

As of March 31, dredging of the Pacific and Atlantic entrances had been completed, and work to widen Gatun Lake and the Culebra cut was 86% complete. Design and construction of the third set of locks, the most important part of the expansion program, recorded an advance of 68%.