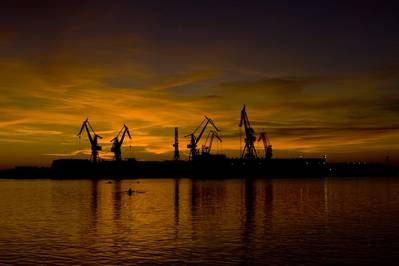 Croatia's largest shipbuilder Uljanik, which is trying to attract investors to stay afloat, extended a due diligence process until late next week after drawing the interest of potential strategic partners.

Croatia's Economy Minister Darko Horvat said four potential investors were looking at Uljanik's business data and another company was also interested, but did not elaborate.

"I expect at least two serious offers for Uljanik at the end of this process which would then prevent its bankruptcy," Horvat told reporters.

Local media reported that there were potential investors from Ukraine, Italy, Germany, China and Australia for Uljanik, which is 25 percent state-owned.

"Due to an additional interest voiced by potential investors the management decided to extend a due diligence process until Jan. 24. The deadline for submitting bids to become Uljanik's strategic partner remains Jan. 25 by 2000 local time (1900 GMT)," the company said in a filing to the Zagreb bourse.

Originally, the due diligence process was due to be completed on Jan. 17.

The company has been on the brink of bankruptcy after facing liquidity problems over the past 12 months, which led to two strikes by its workers in the second half of last year over unpaid wages.

Uljanik owns two shipyards in the northern Adriatic cities of Pula and Rijeka.

In January last year the Croatian government helped it stay afloat with state guarantees for a loan worth 96 million euros ($111 million), while previous governments guaranteed other loans extended to Uljanik, which is now putting pressure on public finances.

Under European Union state aid rules, no further state guarantees or direct payments from the budget are allowed.

Croatia's once-prosperous shipbuilding industry has struggled to survive since independence from Yugoslavia in the early 1990s. It has lost business to Asian shipbuilders, such as those in South Korea, missing opportunities to modernize and produce more sophisticated vessels.