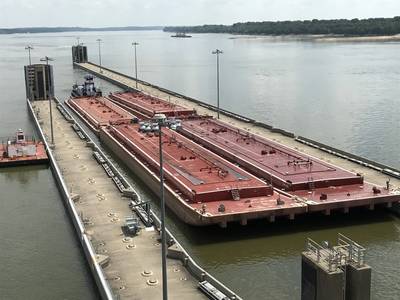 The first tows head through the recently completed Olmsted locks on U.S. inland waters. Characterized as a civil engineering feat of equal stature to that of the famed Manhatten project, the new infrastructure is already yielding dividends for inland stakeholders and the nation's economy. CREDIT: USACE

Trump and Democratic leaders are slated to meet again in three weeks to discuss how the "big and bold" plan - which would need the approval of Congress - would be paid for, Schumer told reporters outside the White House.