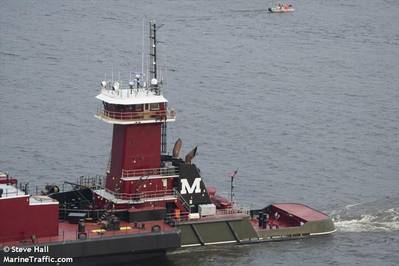 An ailing mariner was medically evacuated from an articulated tug and barge approximately 65 miles off Galveston, Texas, Monday, the U.S. Coast Guard said.

Watchstanders at Coast Guard Sector Houston-Galveston received a call at about 4 p.m. from the 116-foot U.S.-flagged tugboat Leigh Ann Moran stating a 60-year-old crew member was ailing and disoriented. Watchstanders consulted with the duty flight surgeon, who recommended a medevac.

The Dolphin crew arrived on scene, hoisted the man and brought him to Scholes International Airport. Emergency medical services then transported the patient to the University of Texas Medical Branch at Galveston in stable condition.