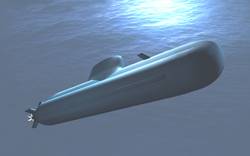 On July 2, 2009, a contract was signed in Ankara by Howaldtswerke-Deutsche Werft GmbH (HDW), a company of ThyssenKrupp Marine Systems AG (TKMS), and MarineForce International LLP (MFI) for the construction of six submarines within the Turkish “New Type Submarine” program. The contract comprises the delivery of six material packages for the construction of submarines based on Class 214. The contract was concluded between the HDW/MFI Consortium and the Turkish defense procurement authority. This makes Turkey the fourth country after Greece, South Korea and Portugal to equip its navy with this submarine type and raises the total number of units of this class ordered to date to 21. Two of these boats are already fully operational with the South Korean Navy.

​​​​SCHOTTEL to Equip US Navy Tugs

SCHOTTEL said it has secured several orders to provide propulsion systems for U.S. Navy vessels. This additional order of…