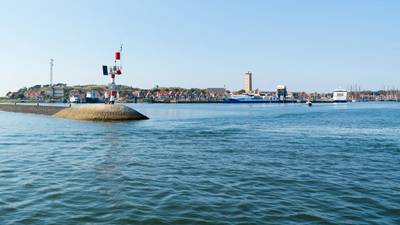 A ferry boat and a smaller water taxi collided early on Friday morning, causing people on board of the smaller boat to fall in the water.

While four people were rescued shortly after the collision, two passengers died and two were still missing on Friday afternoon. Local media citing the coast guard reported the missing people are a 12-year-old boy and an adult man.

None of the passengers on the ferry boat fell in the water.

"It's a terrible day," Terschelling Mayor Caroline van de Pol told reporters. "There is an emotion of mourning and sadness on the island. It's a dark day."

Authorities gave no details on what caused the incident.