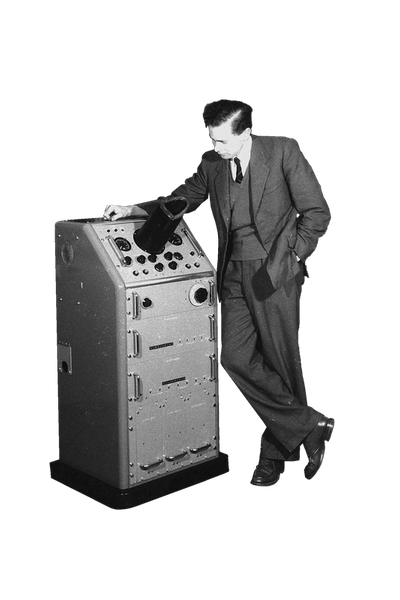 Kelvin Hughes is celebrating 70 years of radar in 2017. In 1947 the first Type 1 radar was produced and installed on a new fishing trawler, the Type 1 then went on to be the first type approved radar, gaining its type approval certificate on August 11, 1948, the first radar to do so.
Kelvin Hughes, a  maritime navigation and security surveillance radar, has a history stretching back over 250 years. Over the course of that period, the company has been responsible for a number of significant technology ‘firsts’, including the first navigation radar for commercial ships to be type-approved.
This was the Kelvin Hughes Type 1 radar and its introduction was a significant milestone in maritime history. Since then, radar for commercial ships, fishing vessels, coastguard patrol vessels, and warships has come a long way and Kelvin Hughes has been a key player in the developments that have taken place.
In 2006, the company launched the first commercially available, solid-state maritime navigation radar. By removing the need for a magnetron, SharpEye has increased radar reliability, reduced the total cost of ownership and enhanced the user’s situational awareness all at the same time. In 2010, Kelvin Hughes brought SharpEye  to Vessel Traffic Service (VTS) and coastal surveillance applications, the first time that solid-state technology had been available to these markets. 2013 saw the launch of the world’s first upmast multipurpose navigation radar to be located in a carbon composite housing with stealth (low radar cross section) characteristics. In the same year, the company also launched the SharpEye SxV, the first 360˚ X-Band, pulse Doppler radar for both ground surveillance and marine security applications.
Russell Gould, Chief Executive of Kelvin Hughes, commented: “To celebrate our 70 years of developing and manufacturing type-approved radar, we will be producing a series of articles, imagery, events and celebratory souvenirs throughout the course of 2017. We hope you will follow us on our ongoing journey.”