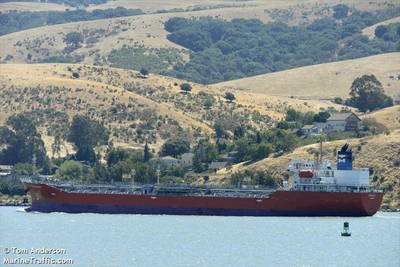 Unix Line admitted that its crew members onboard the 16,408 gross-ton oceangoing motor tanker Zao Galaxy knowingly failed to record in the vessel’s oil record book the overboard discharge of oily bilge water without the use of required pollution-prevention equipment, during the vessel’s voyage from the Philippines to Richmond, Calif.

According to the plea agreement, Unix Line is the operator of the Zao Galaxy, which set sail carrying a cargo of palm oil from the Philippines on January 21, 2019, bound for Richmond. On February 11, 2019, the Zao Galaxy arrived in Richmond, where it underwent a U.S. Coast Guard inspection and examination. Examiners discovered that during the voyage, a Unix Line-affiliated ship officer directed crew members to discharge oily bilge water overboard, using a configuration of drums, flexible pipes and flanges to bypass the vessel’s oil water separator. The discharges were knowingly not recorded in the Zao Galaxy’s oil record book.