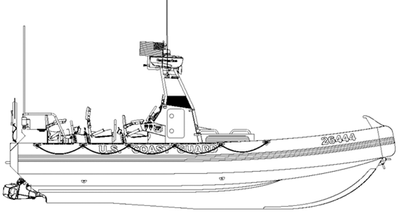 The U.S. Coast Guard announced it has selected Inventech Marine Solutions of Bremerton, Wash., to build the next generation of over the horizon (OTH V) cutter boats. The first delivery order for four OTH Vs was placed August 3 with a value of $1.973 million. These four OTH Vs will be used for operational test and evaluation before the program moves to full production. The 10-year contract supports delivery of up to 200 boats with a total value of approximately $103 million.

Beyond the similarities of speed and weight between the OTH V and the OTH IV it is replacing, the OTH V will include improved waterjet control technology, the second generation Scalable Integrated Navigation System, new generation communications equipment and the Coast Guard’s first boat shock monitoring system, which will provide the crew with real-time information on wave impact severity. The OTH V is powered by a marine diesel engine and waterjet, with a top speed of approximately 40 knots and a range in excess of 170 nautical miles. The dimensions are limited to 26 feet long by 8.5 feet wide, with a maximum performance weight of 8,700 pounds, to ensure compatibility with the various Coast Guard cutters it will support.