By Jonathan Saul, Devika Krishna Kumar and Laura Sanicola May 13, 2021 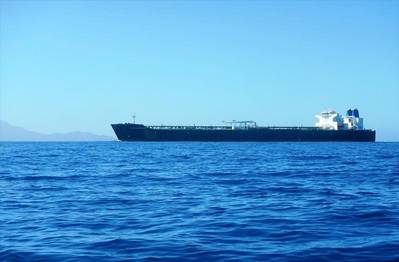 The Alaskan Fronteir is one of several Jones Act tankers currently in layup (© Charles Foster / MarineTraffic.com)

Efforts to get fuel supplies to areas in the United States facing shortages have been slowed because shipowners have mothballed U.S.-flagged oil tankers that can make coastal voyages, shipping sources said on Wednesday.

The shutdown of the Colonial Pipeline network to thwart a cyber attack has disrupted nearly half the East Coast's fuel supply and left parts of the southeast facing a severe shortage of gasoline and diesel. Colonial said it began to restart on Wednesday but warned it would take several days for fuel supply chain to return to normal.

Pump prices have risen to a seven-year high as motorists rush to fill their tanks.

One way to alleviate the shortage would be to transport fuel via ship from the refineries on the Gulf coast that make the fuel that typically goes through the pipeline. The ships could carry the fuel to the cities and states on the East Coast that need it.

Only U.S.-flagged tankers are permitted to make voyages carrying U.S. goods along the coastline of the United States, under legislation known as the Jones Act.

Several of the roughly 60 vessels in the U.S.-flagged tanker fleet, which mostly include tankers and barges, have been taken out of service because of slow demand before the Colonial Pipeline shutdown, according to company executives and market sources.

Idled tankers would take a minimum of 10 days to be restarted, said a spokesperson for Jones Act shipping company Overseas Shipholding Group Inc.

"We certainly could reactivate some tankers fairly quickly if the pipeline is down for an extended period," she told Reuters. OSG idled six Jones Act tankers during the first quarter, the company told investors late last week.

Some shipowners, however, have been asking would-be charterers seeking a Jones Act vessel to sign up for long-term contracts, making a quick response to the crisis difficult, two sources familiar with the matter said.

"In order to reactivate them, owners have been asking for more than just one voyage- for a couple of months employment," said one shipping source.

Owners are also seeking a rate that would make it worthwhile for them bringing a ship out of its laid-up anchorage.

It is possible to deploy large idled barges relatively quickly, one source said, as they can be towed and do not have engines or require much paperwork.

The U.S. government is considering waiving the Jones Act restrictions under emergency measures so that more ships can make the journey.

Refiners and wholesalers have provisionally secured at least three foreign flagged vessels in the event a Jones Act waiver is issued by the U.S. government, according to three sources familiar with the matter. "Nothing is moving yet it's all just in case," said one shipbroker.

Even with a Jones Act waiver and finding international ships to charter, only a few ports in the worst affected regions in the U.S. Southeast, such as in Florida and Savannah, Georgia, are able to receive large tankers, experts said.

Once cargoes arrive, a fleet of trucks would be required to transport fuel from the port to the demand centers inland.

"The best place for large cargoes to be delivered is New York Harbor because that's where the large cargoes for Europe come across. Some of the others won't necessarily have the infrastructure," Alan Gelder, vice president of refining, chemicals and oil markets at Wood Mackenzie.