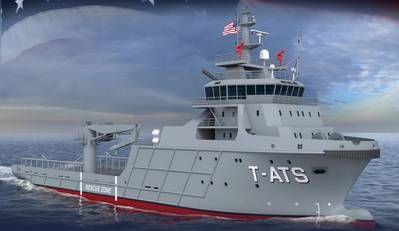 The T-ATS award is one of several steel shipbuilding programs the company is pursuing as it diversifies its capabilities. Austal USA previously announced it submitted a bid to build the U.S. Coast Guard’s Offshore Patrol Cutter and continues to execute a Light Amphibious Warship concept studies and preliminary design contract for the Navy and Marine Corps. Austal’s new steel line and facility expansion also positions it well to be the follow-on Frigate yard for the U.S. Navy.