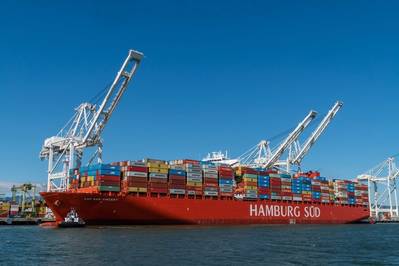 The head of a U.S. commission that oversees ocean transportation said in an interview on Tuesday he suspects some ocean carriers have improperly charged importers, one of many factors driving supply chain woes.

A broad range of companies importing goods have been frustrated not only by the pile-up of ships outside harbors but also by higher shipping costs and fees for lapses many say are for problems outside their control.

U.S. Federal Maritime Commission Chairman Dan Maffei said the current mess is largely driven by a demand surge as the U.S. economy emerges from a coronavirus slowdown but added he expected the FMC would find some wrongdoing.

In August, Maffei said the commission had launched an inquiry in response to reports of ocean carriers improperly assessing fees.

"We need to do a very good and thorough job of investigating," Maffei told Reuters on Tuesday. "Of course, there's probably abuses going on. And, you know, I don't want to go farther than that."

In 2020, the FMC said importers should not be hit with demurrage or detention charges, which refer to fees charged when importers delay in picking up containers of goods and then returning them, if the delays are caused by circumstances beyond their control.

Noting one carrier charge was "value added", Maffei said, "What do they mean by value added? Are they going to gift wrap the metal container?"

The Travel Goods Association, whose companies do $1 billion in U.S. sales annually, pressed the FMC last week for aggressive enforcement and said shipping costs were now eight to 10 times higher than last fall.

The demand surge has caused unprecedented bottlenecks in the supply chain which economists and businesses expect to persist into 2022.

The White House in a competition executive order issued July this year encouraged the commission to "vigorously enforce the prohibition of unjust and unreasonable practices in the context of detention and demurrage."