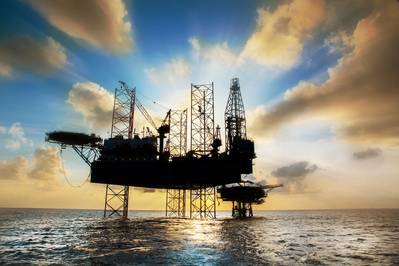 Drillers cut four oil rigs in the week to June 29, bringing the total count down to 858, General Electric Co's Baker Hughes energy services firm said in its closely followed report on Friday. <RIG-OL-USA-BHI>
That was the first time drillers cut rigs for two weeks in a row since October 2017. For the month, the rig count decreased by one, its first decline since March.
For the quarter, however, the count rose by 61, its biggest gain since the second quarter in 2017, after some big increases in April and May.
The U.S. rig count, an early indicator of future output, is much higher than a year ago when 756 rigs were active as energy companies have been ramping up production in tandem with OPEC's efforts over the past year-and-a-half to cut global output.
U.S. crude futures on Friday rose to their highest since November 2014, and were on track for the biggest weekly percentage rise in 11 weeks.
So far this year, U.S. oil futures have averaged $65.46 per barrel. That compares with averages of $50.85 in 2017 and $43.47 in 2016.
Looking ahead, crude futures were trading about $71.60 for the balance of 2018 and near $66.13 for calendar 2019 .
In anticipation of higher prices in 2018 than 2017, U.S. financial services firm Cowen & Co this week said the exploration and production (E&P) companies they track have provided guidance indicating a 13 percent increase this year in planned capital spending.
Cowen said those E&Ps expect to spend a total of $81.2 billion in 2018, up from an estimated $72.1 billion in 2017.
Analysts at Simmons & Co, energy specialists at U.S. investment bank Piper Jaffray, this week forecast average total oil and natural gas rig count would rise from 876 in 2017 to 1,037 in 2018, 1,097 in 2019 and 1,232 in 2020, little changed from last week.
So far this year, the total number of oil and gas rigs active in the United States has averaged 1,003. That keeps the total count for 2018 on track to be the highest since 2014, which averaged 1,862 rigs.
A total of 1,047 oil and gas rigs are currently in service this week. Most rigs produce both oil and gas.
The U.S. Energy Information Administration (EIA) this month projected average annual U.S. production will rise to a record high 10.8 million barrels per day (bpd) in 2018 and 11.8 million bpd in 2019 from 9.4 million bpd in 2017.
The current all-time U.S. annual output peak was in 1970 at 9.6 million bpd, according to federal energy data.
(Reuters reporting by Swati Verma in Bengaluru Editing by Susan Thomas)