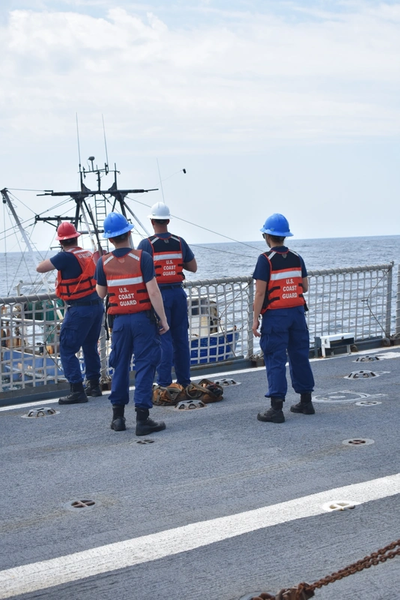 Watchstanders at Coast Guard Sector Hampton Roads received the initial call Wednesday afternoon from the vessel, who stated its engine was excessively burning oil and would not be able to make it back to shore.

The crew of Coast Guard Cutter Forward, a 270-foot Medium Endurance Cutter homeported in Portsmouth, was diverted from their patrol to respond, and an HC-130 Hercules aircrew from Coast Guard Air Station Elizabeth City, North Carolina, was also launched to locate and establish communications with the vessel.

Once on scene, the Forward took the vessel in tow, and transported it to within 15 miles of the coast of Virginia, where the vessel waited for another commercial fishing vessel to bring them additional oil to finish their transit.