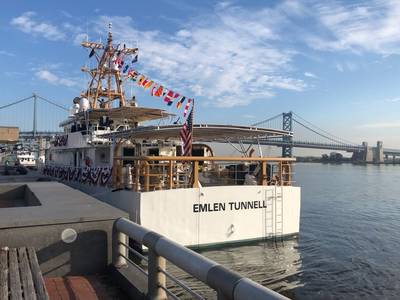 Named in honor of Coast Guard hero and NFL great Emlen Tunnell, the cutter is the fourth of six FRCs to be home-ported in Manama, Bahrain, which will replace the aging 110-ft. Island Class Patrol Boats, built by Bollinger Shipyards 30 years ago, supporting the Patrol Forces Southwest Asia (PATFORSWA), the U.S. Coast Guard’s largest overseas presence outside the United States.

The U.S. Coast Guard took delivery of the 154-ft. USCGC Emlen Tunnellin Key West, Florida in July 2021. The cutter is the 168th vessel Bollinger has delivered to the Coast Guard over a 35-year period and the 45th FRC delivered under the current program.