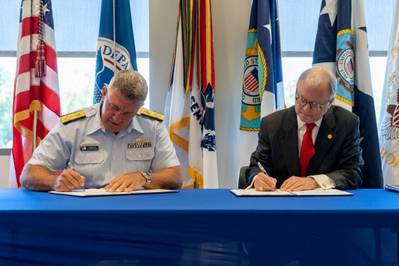 The NTSB and the Coast Guard entered into this MOU to facilitate timely cooperation between the agencies as they carry out their respective statutory missions. The MOU is intended to assist in determining which agency will lead certain major marine casualties and accidents involving public and non-public vessels. The primary goal is to establish standard procedures for interagency communication, cooperation, and coordination. A unified interagency approach during the fact-finding and evidence collection phase of a marine casualty investigation best serves the maritime community and the public.

The updated MOU signed June 17, 2021 replaces a 2008 USCG-NTSB MOU, which was a valuable tool to ensure the two agencies work in a collaborative and efficient manner, particularly during the often-demanding early stages of an incident.