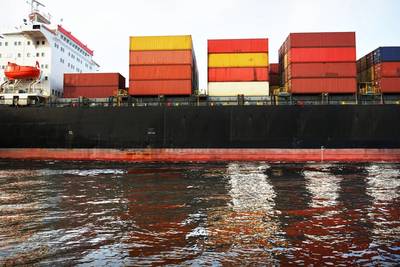 The U.S. Coast Guard on Tuesday issued a statement expressing its commitment to crack down on sexual assault offenders in the maritime industry.

The statement comes as the Coast Guard, U.S. Department of Transportation's Maritime Administration (MARAD) and lawmakers grappled with a raft of new sexual assault and harassment allegations revealed online by current and former cadets at America's federal and state maritime academies. The U.S. Merchant Marine Academy (USMMA) recently suspended at-sea training after a midshipman came forward in the fall and described being raped while training on a U.S.-flagged Maersk containership.

The Coast Guard's recent statement is published in full below:

Since its founding in 1790, the United States Coast Guard has protected the welfare of mariners. Today, that commitment encompasses not only threats from the sea, but also from those who commit crimes upon it.

“Mariners have the right to work in a professional setting that is free from the threat of sexual offenses,” said Rear Admiral John Mauger, Coast Guard Assistant Commandant for Prevention Policy. “Sexual assault is a crime. When it happens aboard a U.S. vessel it must be reported to the Coast Guard. Trained Coast Guard investigators will respond and we will hold offenders accountable.”

Prevention begins as soon as a mariner seeks a credential to sail on a U.S.-flagged vessel. The Coast Guard merchant mariner credentialing application process restricts convicted sex offenders from obtaining a credential, regardless of whether the underlying crime occurred aboard a vessel.

“Coast Guard investigators follow all available leads,” said Michael Berkow, Coast Guard Investigative Service Director. “But too often sex crimes are not reported. We encourage victims and witnesses of assault to reach out to the Coast Guard, CGIS, or local authorities to ensure the allegations are investigated.”

To facilitate timely reporting, CGIS employs a mobile app called CGIS Tips. Individuals can anonymously communicate with an agent via the app while also having the ability to upload images and additional information directly from a smart phone or computer.

The app interfaces with federal, state, and local agencies to facilitate timely information sharing. The Coast Guard receives an average of 15-20 tips per month, many of which have led to further criminal action. Reports may also be made on the Coast Guard Investigative Service website, through the Tip Form, or by contacting any CGIS regional office.

Shipboard climates, which are tolerant of assaults, undermine mariner welfare and maritime safety. Everyone has a duty to look out for their shipmates by creating a safe and respectful climate aboard.

Last month, a group of U.S. Senators introduced new legislation aiming to strengthen sexual assault and harassment prevention, response, investigation and accountability in the maritime industry and provide additional safeguards for the midshipmen at USMMA.

The U.S. Department of Transportation is also making an effort to deal with sexual assault and harassment. Speaking on Monday on an International Maritime Organization (IMO) Assembly, Transportation Secretary Secretary Pete Buttigieg said, "[Mariners] are truly essential to our economies, our national securities, and our futures, and they need to be respected. Equity matters. Gender equity matters. We appreciate the work that the IMO has begun to improve the inclusion of women in the maritime industry. But we clearly have a very long way to go.

"And I want to emphasize one area where the need for action is particularly urgent. For too long, sexual assault and sexual harassment in maritime shipping has been an open secret, affecting the industry around the world.

"Statements and commitments of zero tolerance must be backed by concrete, deliberate action.

"My Department is working with the U.S. Coast Guard to make it easier for victims to come forward, to ensure that perpetrators can be held accountable – and, most importantly, to prevent assault and harassment from happening in the first place.

"The U.S. will do our part to hasten the day that sexual assault and harassment find no safe harbor in the maritime industry. And we look forward to working with the IMO, which we believe has a key role to play in addressing this crisis—just as this institution does on so many other of our shared challenges."