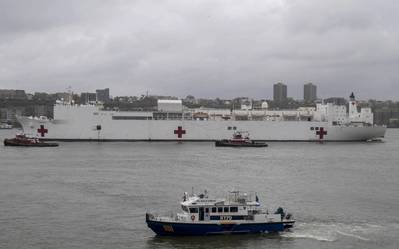 The 1,000-bed Navy vessel, headed back to its home base in Norfolk, Virginia, never neared its capacity, even as the city quickly became the world’s epicenter for COVID-19 infections.

The vessel, painted a gleaming white with red crosses, was a symbol of hope when it arrived on March 30 to cheers from the docks. It was intended to absorb an anticipated crush of patients that, under the most dire projections, could have overwhelmed hospitals.

But the extra capacity was never needed, with the feared capacity issues staved off by stay-at-home orders and social distancing measures. Over the past month, confirmed cases in New York have leveled off and it now has about 12,000 hospitalizations.

The commander of the United States Northern Command, Terrence O’Shaughnessy, told reporters at the pier that while the ship’s departure was a welcome sign that conditions in New York were improving, there were still over 680 military healthcare personnel deployed in hospitals and elsewhere.

“The hospitals... have the capacity, they just don’t have the staff,” he said. 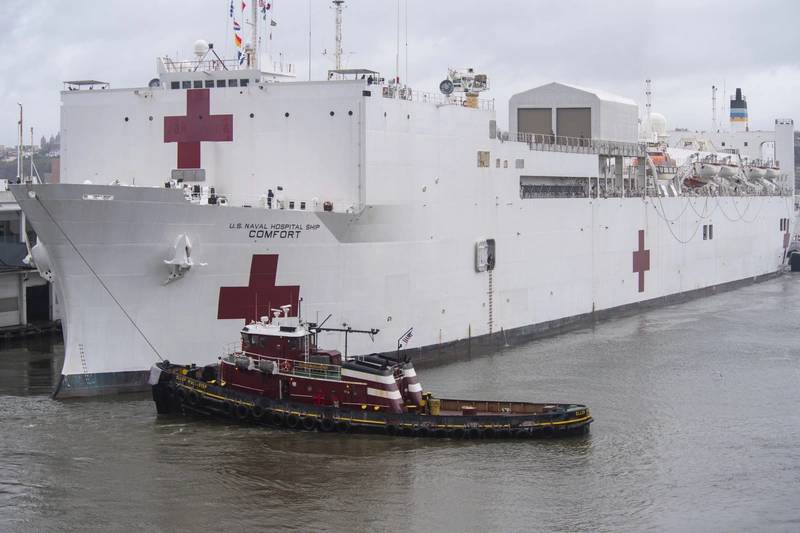 New York City health commissioner Deanne Criswell said she would review whether the Comfort had been necessary for the COVID-19 response.

“We didn’t know where we were going to go with the amount of patients that were going to need to be seen at the hospitals and the level of severity,” she said.

“We’re gonna have a lot of time to kind of look at the things that we would have done differently, especially as we continue with the response, prepare for recovery, and potentially what might come in the fall and as we keep hearing about a potential second wave.”

New York City has suffered some 13,000 deaths from the coronavirus pandemic.