The containership “X-PRESS PEARL” last week caught fire at anchorage about 10 nautical miles off the Colombo Harbour, Sri Lanka, and the images shared Tuesday show the situation has worsened.

The situation has deteriorated since Friday, according to SLAF photos released on Tuesday, which showed the vessel engulfed in flames and thick black smoke.

According to a statement by the vessel owner X-Press Feeders, in the early hours of Tuesday morning, all crew and 12 firefighters disembarked from X-Press Pearl as a safety precautionary measure.

"Fire and smoke still remain on board. The salvage team, with fire experts and fire fighters, will continue to work on putting out the fire. Special fire-fighting equipment arrived from Europe last night, which will reinforce the salvaging efforts," X-Press Feeders said Tuesday.

According to the company's previous statement, the incident started when on May 20, 2021, after an on-deck container on board the vessel caught fire. 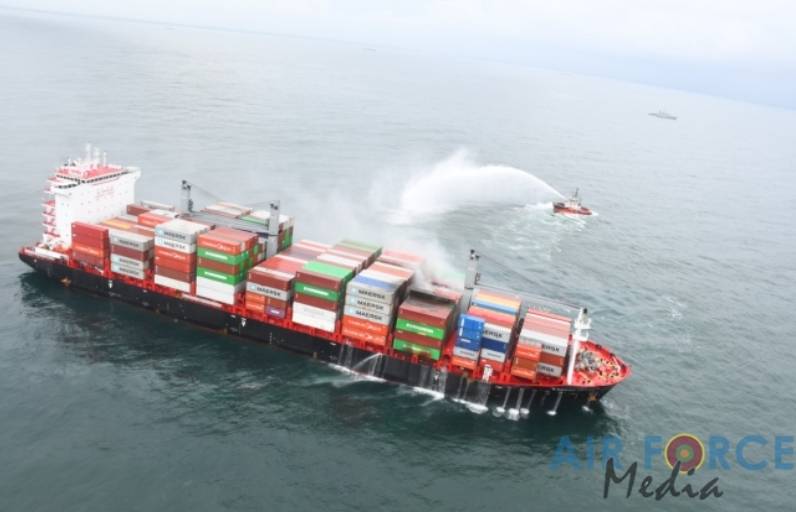 Image from Friday, May 21, as shared by SLAF