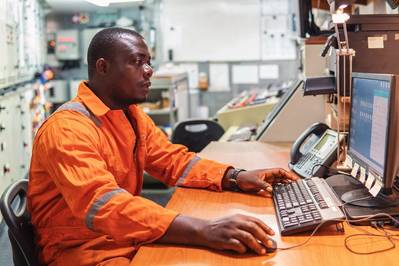 The AGCS report notes that the shipping sector has shown great resilience through the coronavirus pandemic, as evidenced by strong trade volumes and the recovery seen in several parts of the industry today. However, the crew change crisis brought on by the pandemic continues to have a major impact on the health and wellbeing of seafarers, with potentially long‑term implications for safety.

Covid-19-related travel and border restrictions, and the widespread suspension of international flights, have significantly impacted the ability of ship operators to conduct crew changes. Between March and August 2020 only 25% of normal crew changes were able to take place (ICS) while at least half a million seafarers have been affected.

As of March 2021, it is estimated that some 200,000 seafarers remained on board commercial vessels, unable to be repatriated and past the expiry of their contracts, with a similar number of seafarers urgently needed to join ships to replace them. On any given day, nearly one million seafarers are working on some 60,000 large cargo vessels worldwide, according to the IMO.

The crisis raises serious welfare, safety and regulatory concerns. In addition to humanitarian and crew welfare issues, there is an increasing risk that crew fatigue could lead to human error and even serious accidents.

“Timely crew changes are vital to the safe operation of shipping, and seafarers spending extended periods on board are more at risk of mental health issues, exhaustion, fatigue, anxiety and mental stress,” says Captain Nitin Chopra, Senior Marine Risk Consultant at AGCS. “There needs to be a global collaborative effort to get crews off ships. But the industry also may need to take measures to give crew some respite, such as adjustments to working hours. If crews are fatigued a vessel could potentially be considered unseaworthy under international maritime law.”

Crew changes are also a compliance risk. According to the International Labour Organization (ILO) Maritime Labour Convention (MLC) crew should serve no more than 11 months continuously at sea and are entitled to access onshore medical facilities and care. According to the IMO, Covid‑19 has caused many seafarers to serve significantly longer than the 11 months agreed by the ILO. If ships are unable to operate safely in compliance with international rules, vessels may have to suspend their operations.

The ongoing crew crisis is likely to have long‑ term consequences for the shipping industry. With hundreds of thousands of crew members stuck on board vessels or on extended contracts, I have serious concerns for the next generation of seafarers. The situation with Covid‑19 means that we are not training and developing them, while the sector may struggle to attract new blood due to current working conditions.

Shipping is likely to experience a surge in demand as the economy and international trade rebounds with vaccinations. However, many crews are fatigued and have been under immense strain from Covid‑19 for over a year. Potentially, we could see a shortage of seamen if the industry struggles to retain or recruit.

The crew crisis took on a new dimension in 2021. As Covid‑19 infection rates escalated in India, one of the world’s largest sources of seafarers, ports – including Singapore, Hong Kong and the UK ‑ barred vessels and crew that had recently visited India. Vessels also stopped calling at Indian ports, which are an important stopover for trade between Europe, Africa and Asia.

In a bid to resolve the current crisis, the IMO established a Seafarer Crisis Action Team and, working with the International Chamber of Shipping (ICS), developed a ‘Framework of Protocols’ for safely conducting crew changes. The IMO and other organizations have repeatedly urged governments to designate seafarers and port personnel as “key workers”, exempt them from national travel or movement restrictions, facilitate emergency repatriation and prioritize vaccinations. Mirroring these calls, more than 450 shipping companies and allied organizations signed the Neptune Declaration on Seafarer Wellbeing and Crew Change.

Crewing issues came under the spotlight in the wake of the Wakashio incident in July 2020 when the vessel ran aground off the coast of Mauritius, spilling hundreds of tons of oil in the process. Reports indicated at least two of the crew had been on board the vessel for more than 12 months, unable to disembark when their contracts expired because of restrictive quarantine rules worldwide.

A global vaccination programme is likely to be the answer to the crew change crisis, although the situation is complicated by the international nature of shipping. In March 2021, the ICS warned that lack of access to vaccinations for seafarers is placing shipping in a "legal minefield", and could cause disruption to supply chains from cancelled sailings and port delays.

Vaccinations could soon become a compulsory requirement for work at sea because of reports that some states are insisting all crew be vaccinated as a pre-condition of entering their ports. However, over half the global maritime workforce is currently sourced from developing nations, which could take many years to vaccinate. In addition, the vaccination of seafarers by shipping companies could also raise liability and insurance issues, including around mandatory vaccination and privacy issues.