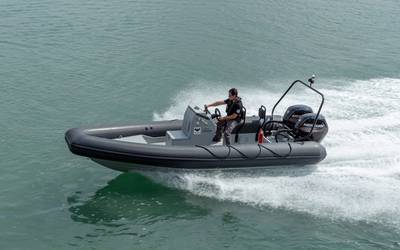 The new RIBs will be deployed mainly to support search and rescue operations on delivery over the summer of 2020. They will replace craft currently used onboard larger vessels in the Hellenic Navy’s fleet, including its ΜΕΚΟ-type frigates.

The contract win followed an earlier successful commissioning of a pair of VIKING Norsafe METIS 600 units serving from the Helenic Navy’s new Fast Missile Launch Crafts (Roussen Class), Georgiadis said.
Viking says its METIS RIB is robust enough to sustain top speeds of at least 30 knots. At between 6m and 7m in length, six of the latest RIBs will be fitted with a single outboard engine, with the other five featuring twin outboards.

All 11 will be built at VIKING’s facility in Thiva, Greece.