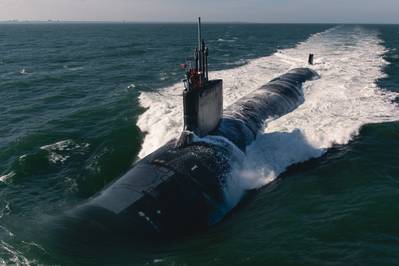 Montana (SSN 794), which successfully completed sea trials last month, is the 10th Virginia-class submarine to be delivered by HII’s Newport News Shipbuilding division and the 21st built as part of the teaming agreement with General Dynamics’ Electric Boat.

“We continue to be proud of our partnership with the U.S. Navy in delivering the most advanced ships in the world to our warfighters,” said Jason Ward, Newport News Shipbuilding vice president of Virginia-class submarine construction. “The results of the Navy’s board of inspection and survey during sea trials are a testament to our priorities of safety and quality. We are proud of our team of shipbuilders for delivering these critical capabilities to the Navy and the nation.”

More than 10,000 shipbuilders from Newport News Shipbuilding and Electric Boat have participated in Montana’s construction since the work began in May 2015. The submarine was christened by the ship’s sponsor, former U.S. Secretary of the Interior Sally Jewell, during a ceremony in September 2020.

Montana is the third of the 10-ship group of Virginia-class submarines known as Block IV. Block IV submarines incorporate design changes focused on reduced total ownership cost. By making smaller-scale design changes, the Navy will increase the length of time between maintenance stops and increase the number of deployments.