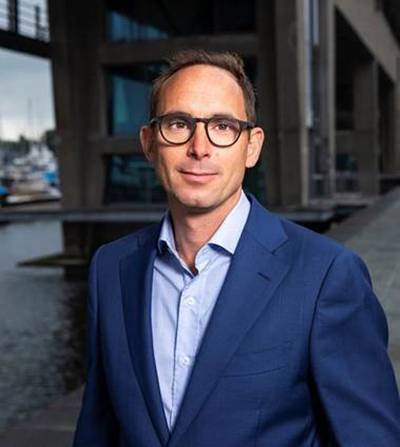 Job Volwater will move from his position as Chief Commercial Officer and take on the position of CEO at C-Job Naval Architects. He takes over from Basjan Faber, who will take up the position of CFO at the company. Photo courtesy C-Job

Faber and Volwater founded C-Job Naval Architects in 2007. Volwater was previously in the position of CEO until 2017 when he took a leave of absence to take the role of Sailing Team Director for Team AkzoNobel in the Volvo Ocean Race. He returned to C-Job in 2019 as Chief Commercial Officer.

Further appointments to the executive team include Jeroen Liesveld as Chief Operational Officer. Liesveld has been with the company since 2010 and has served in various roles.

In addition, Wouter den Boer recently joined C-Job as Chief Commercial Officer. He joins the company from Huisman Equipment where he served in various commercial roles.

Volwater said, “In the 15 years since Basjan and I founded the company, C-Job has been driving change. Taking on these new roles will allow for new insights and a refreshed outlook by Basjan and myself. Together with these appointments, I believe we have the right leadership team in place to continue building towards a sustainable maritime industry. Together with our clients we will realize our ambitious goals to develop decarbonized high-performance ships.”