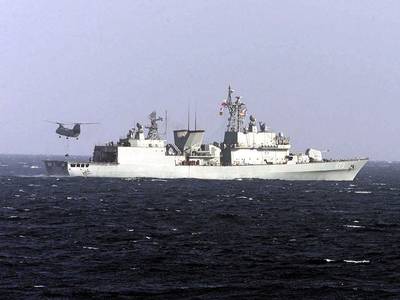 The 3,700-ton frigate will be built in South Korea by Daewoo Shipbuilding & Marine Engineering Co. as a modernized version of the Kwanggaeto-class destroyer of the Korean Navy, reports Xinhua.

Thailand has ordered the South Korean-built frigate which will cost some US$ 486-million, with a delivery date set for 2018.

The newe frigate will be equipped with stealth technology to help evade radar and sonar scanning and is designed for service alongside other combat forces in land, air and maritime missions.

Construction is scheduled to begin later this year and complete in 2018, in order to replace the HTMS Putthayodfa Chulaloak frigate, which will be decommissioned in 2015.