Shofu Maru, the world’s first coal carrier equipped with the Wind Challenger - a hard sail wind power propulsion system - this week made the maiden port of call in Newcastle, Australia.

Japanese shipping giant Mitsui O.S.K. Lines (MOL) held a ceremony on October 24 to mark the occasion. "The Australian government has set a decarbonization policy to achieve net zero emissions by 2050, and local port officials in Newcastle have high expectations and interest in the Shofu Maru, which contributes to decarbonization while transporting energy resources that support people's lives," MOL said.

According to MOL, the 235 meters long ship received a warm welcome to the port from concerned parties representing both Australia and Japan (Note 2) to take on its first cargo.

"MOL works closely with the Australian energy industry and port authorities to achieve both stable fuel transport and a reduction in environmental impact," MOL said. The Shofu Maru was delivered and started operation on October 7.

The vessel was built by Oshima Shipbuilding and will be used to transport coal mainly from Australia, Indonesia, and North America as a dedicated vessel for Tohoku Electric Power Co.

According to MOL, the Wind Challenger sail aboard the Shofu Maru, is expected to reduce greenhouse gas (GHG) emissions about 5% on a Japan-Australia voyage and about 8% on a Japan-North America west coast voyage, compared to a conventional vessel of the same type.

The Wind Challenger sail, made of fiber reinforced plastic, is up to 53 meters tall and 15 meters wide. 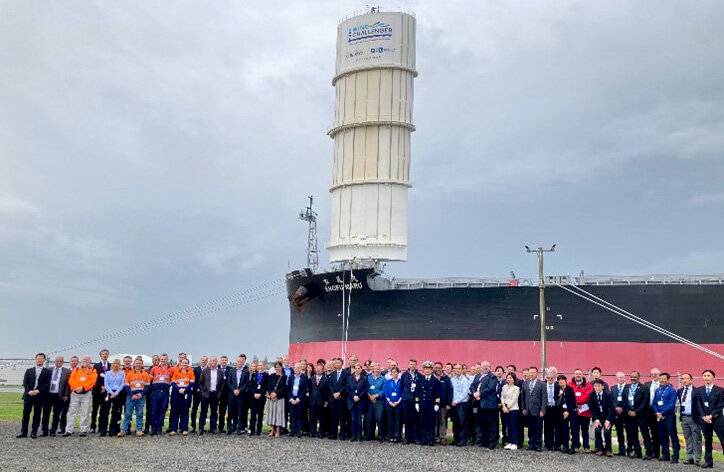 2023 has so far been a disappointment for the dry bulk shipping sector, despite hopes that a quick economic recovery in China…