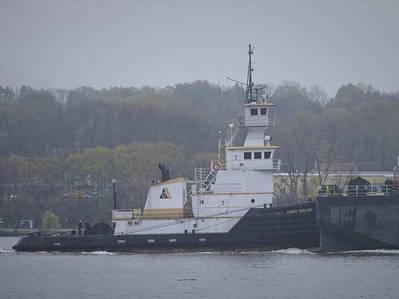 Watchstanders at the Coast Guard Sector Delaware Bay Command Center in Philadelphia received an alert that the individual was suffering from abdominal pain while aboard the 33.5-meter tugboat Saint Emilion.

Once on scene, the MLB boatcrew removed the crewman from the vessel and transferred him to emergency medical services that were waiting on scene at the Station.