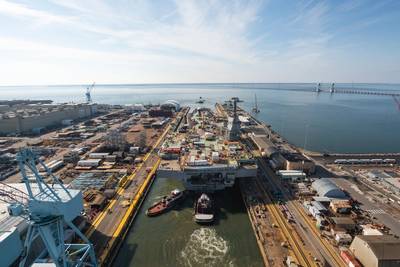 Following the launch, the Ford Class aircraft carrier John F. Kennedy (CVN 79), was guided with help from six tugboats down the James River about a mile from Newport News Shipbuilding’s Dry Dock 12, where it has been under construction, to the shipyard’s Pier 3. There, the ship will undergo additional outfitting and begin its testing program three months ahead of its original schedule.

“This move is significant in that it represents a shift in focus from erecting the ship in dock to final completion and outfitting at the pier,” said Mike Butler, program director for Kennedy. “It is also a testament to the amazing teamwork I see every day between Newport News Shipbuilding and the Navy as we work together to build Kennedy with valuable first-of-class lessons from the Ford.”

During the current construction phase, which is expected to last roughly two and a half years, habitability spaces, such as berthing and mess areas, will be completed, and distributive, mechanical and combat systems, such as catapults and radar arrays, will be tested, the builder said.

Kennedy, christened earlier this month, is scheduled to be delivered to the Navy in 2022.

Since first steel was cut in February 2011, more than 5,000 shipbuilders have helped to construct Kennedy, and suppliers from 46 states across the country have contributed specialized parts, skilled services and support to aircraft carrier production. 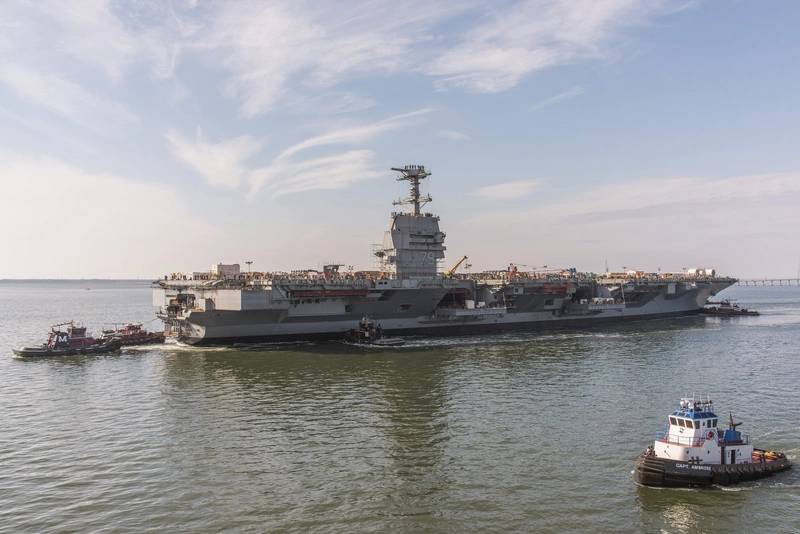