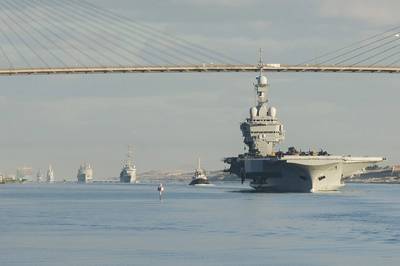 Almost half the 2,300-strong crew on France’s sole aircraft carrier, the Charles de Gaulle, have tested positive for the new coronavirus, the armed forces minister said on Friday.

Florence Parly told parliament that 1,081 out of 2,010 tests carried out had shown a positive result. A total of 545 sailors had shown symptoms and 24 were in hospital, she added.

The minister said it was impossible to say at this stage whether the virus had been present on the aircraft carrier before a mid-March stopover in the French Atlantic Ocean port of Brest.