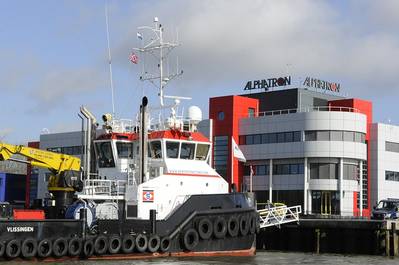 Alphatron Marine has signed a lease contract with Seacontractors for no less than 11 vessels to provide satellite hardware and data solution packages.
Alphatron Marine’s VSAT system will be installed alongside the existing IT infrastructure on nine Seacontractors B-Class workboats and two A-Class workboats, consisting of Anchor Handling Tug Supply (AHTS) and Multicats, mainly operating in Western Europe and the Middle East.
Alphatron Marine’s solution will include an 80cm VSAT system, 19-inch rack, access points, switching, routing, UPS, modem and VoIP gateway. With a lease contract that also includes spare parts and airtime, Alphatron Marine will deliver an unlimited flow of data for the same cost the vessels had with the previous limited communications.
The installations are expected to be completed within a period of three months.